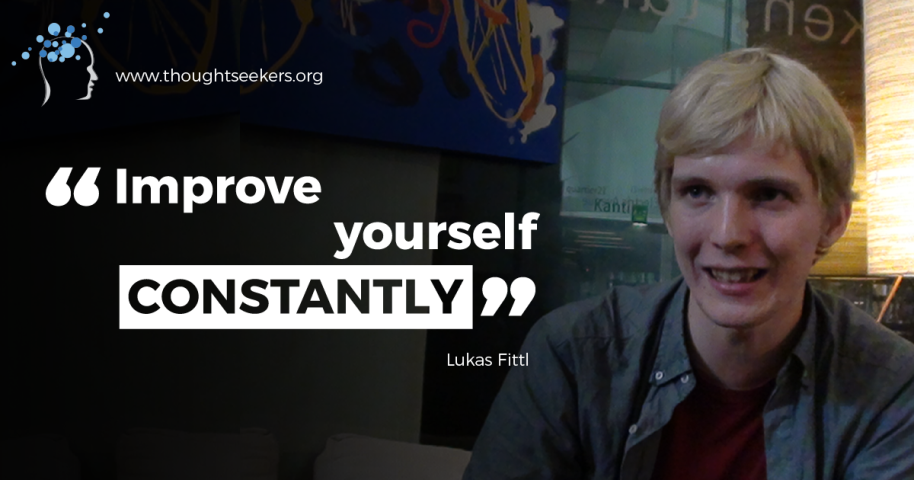 What made you decide to drop school at 16 and follow a self-taught path in programming and eventually become a tech entrepreneur?
I went to school like everybody else; I tried to make it work. But when I was 12 I got a small computer on which I taught myself to program. Initially I was programming computer games, I wanted to make my own games.

I was very motivated and fascinated by that back then but in time I moved more into what I can do more with technology, things like websites and applications. Nevertheless, once years passed in school I realized that the curriculum was always behind and I was able to learn more by myself from the internet or reading a relevant blog post. The technologies I was able to read about would show up in some university or school only years later.

So I always felt that the school system is more like a lie actually, because in the end to people who have graduated especially in computer science it happens really often no to find jobs, specifically they don’t find jobs for their skills, skills which are actually really valuable. For example specifically in programming, which is a skill that you learn by actually doing it, usually the people that worked even half a year for a company are usually better and bring more value to a company than the ones who simply studied it.

Therefore, very often, if you study, you’re not really that valuable in the end, because you’re not actually able to perform the job as is needed, you’re just good at theory, you understand the algorithms and everything, but nobody really needs that in the day by day life. And for me ending like that was not a good deal.

I needed to take a decision. I decided to step away from it and just try to do things on my own because that was what basically felt right.

What is your philosophy?
My philosophy is based very much on that moment in time when I needed to take the decision based on my thinking and not the one of the system, the box, or even the cage I could say, I was growing up into. It’s based on the moment when you realize that you don’t have to be in there. That everything is a choice.

But there are alternatives. You don’t have to do it in the classical way, you can create value for a company just by being a freelancer, being an outside consultant or even earning more by actually creating a company on your own and not having all that baggage, all the slowness, in terms of making a carrier. You could just do your own thing.

What is your perspective on taking risks?
I took a lot of risk because nothing else really made sense to me actually. If I look into how the existing system works I find it actually at more risk. You put sweat into it, it gives you money – at least, usually. So the risk is low but the rewards are low as well. For me much more interesting was the context with high risk where you might get nothing – and quite often this happens, sometimes the colour of my account in the bank is not the right one – but where the potential gains are also high. So in the end you taking a lot of risk, which basically for me is not that much, it’s simple project work: you go out, you do more projects, you talk with more people, you meet with future potential clients, you hustle basically, you try to make it work somehow. If you do a good work then people at some point will recognise it and you build up your network. By delivering results and building your network you basically mitigate the risk and increase the easiness on getting new technical projects.

So for me this is the lesson I learned: if you try to stay in the existing system, you will just get the thing that’s in that system. Like you’ll never get all the stuff that you don’t know yet about, right? The interesting thing is, if you take a lot of risk there is both so much unknown and so much potential, potential that you could reach if you just tried. 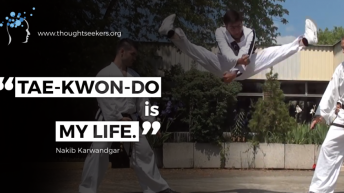