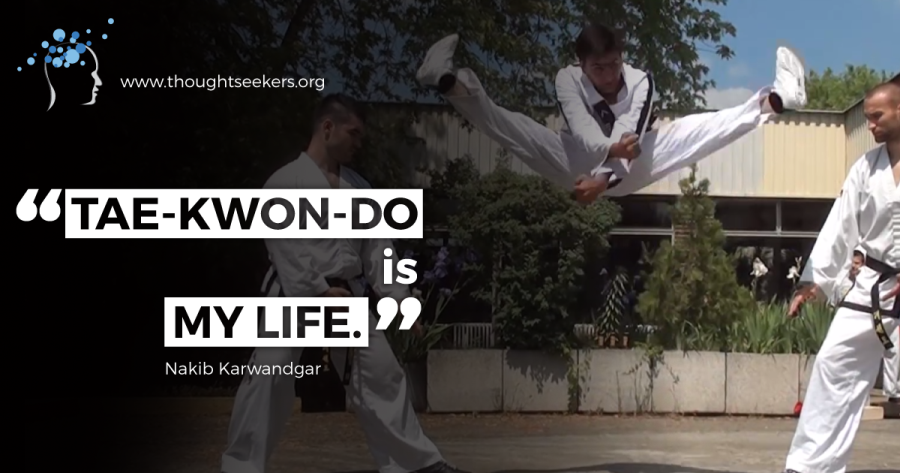 Nakib Karwandgar, thoughtSeeker
He lives in Vienna, Austria.
We first met in 2014, while he was already working as a language interpreter.
Besides his daily work, he is passionate about Tae-Kwon-Do and about equality among people with different backgrounds, allowing in his training room people from any part of the world.
His story starts with the moment when he left his home country…

From refugee to European champion in Tae-Kwon-Do
Nakib Karwandgar is now a happily married man with children, but the situation did not look like this in the past, when his family ran away from war, crimes and famine during the Afghan Civil War.

Refugee from Afghanistan in Austria
Nakib and his two elder brothers reached Austria after the conflicts in Afghanistan took outrageous proportions (it is approximated that the number of war casualties reached almost 2 million since it began). They had to leave the peaceful village, their neighbours and their family. After finishing school in Austria, where he received asylum, he moved to Austria, where he studied Linguistics, which ultimately became his dalyy profession, currently working as a language interpreter.

A black belt in Tae-Kwon-Do in Austria
For Nakib Tae-Kwon-Do is not only a course, a training for a few months, but a way of living. Tae-Kwon-Do as a martial art does not have an end. He has been training since 25 years and still has a lot to learn. According to Nakib,

Nevertheless, the most important part is the Do. The ones which train only Tae-Kwon, they are not artists. Tae-Kwon-Do is complete, when we add the Do at the end. Do stays for way, path, a goal, that what every one of us has to have. Without a goal in life, the life has no real meaning.

Therefore, Tae-kwon-Do martial artists control very well their hands, their legs and have an own style of living.”

Most probably this is also what gave him the power, the discipline and the endurance to train until he reached the Europen Champion title and the experience of 5 Dan-s (the Dan-s are degrees which a master earns after reaching the black belt. All in all there are 9 possible Dan-s in Tae-Kwon-Do. The maximum amount of Dan-s is held only by the world master and president of the International Tae-kwon-Do Federation).

During his career he granted more than 10 black belts, trained more than 2000 students for more than 6.000 hours, treated all his students equally, allowing anyone willing to practice the martial art to enter his training room.

The “Do” in Tae-Kwon-Do
But Nakib’s principles do not reflect only in the disciplined training itself. What particularly distinguishes him among his fellow Tae-Kwon-Do trainers in the region is not only the passion for the sport, but also the philosophy beyond it. At his lessons, every person, of any cultural background speaking any kind of language is free to come and participate.

Discover more about Nakib and his work and where he holds his trainings in Vienna:
itftaekwondo.at
facebook.com/TaeKwonDoAustria 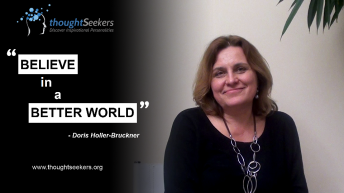 Doris Holler-Bruckner transforms our world in a more sustainable one, piece by piece