Maria Hurghis, a retiree in Romania buys and uses a computer at the age of 85

Maria Hurghis, thoughtSeeker
She lives in Brasov, Romania.
We first met in the winter of 1997.
Besides being the greatest grandmother, her determination and power of will are an example to follow.

Mark Twain once said “Age is an issue of mind over matter. If you don’t mind, it doesn’t matter.” That is exactly what Maria Hurghis decided to do when she purchased her first computer at the age of 85.

Life
Having spent over 45 years of her life living without access to any form of electricity in a small, mountainous village, Maria’s main motivation to stepping into the technological age was driven by her love for her grandchildren, who left their home country to pursue their college studies.

When she heard of a new contraption that would enable her to communicate (voice and video) with people across the world, it sounded like a work of science fiction. At this point, any other meek spirit would have felt intimidated but not Maria.

First time in life in an internet store
What she did was to walk into the first electronic store and purchase a computer. Soon after, she discovered that one needed something called “The Internet” to be able to speak and send emails to her grandchildren who had left home and were pursuing their studies abroad.

In the local internet provider’s store, the staff was shocked by her answer to their question: “and, Mrs. Hurghis, is the contract to be done in the name of your child or a grandchild?”

“The internet contract is for me. I just bought a computer and I need to surf the internet.”

Today Maria spends her weekends writing emails to her grandchildren and speaking to loved ones over Skype. They say age is but a number, to which Maria believes that everything is possible, regardless of one’s age. 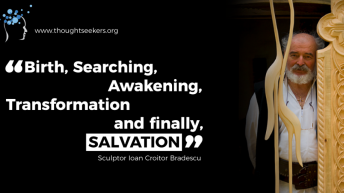 Ioan Croitor Bradescu – about the art of sculpting 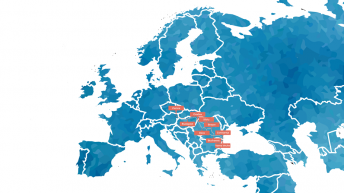 2013 thoughtTrip towards the Black Sea